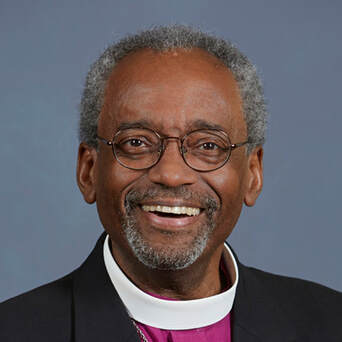 ​The Diocese of Hawai'i is both honored and thrilled to welcome our Presiding Bishop to the islands!

Throughout his ministry, Presiding Bishop Curry has been active in issues of social justice, reconciliation, speaking out on immigration policy and marriage equality.  He maintains a national preaching and teaching ministry, having been featured on The Protestant Hour and as a frequent speaker at churches, cathedrals, and conferences around the country and internationally.

As Presiding Bishop, he launched The Jesus Movement, and arranged a series of "Revivals" in 2017 and 2018 to "equip Episcopalians as evangelists, and to welcome people who aren't part of a church to join the Jesus Movement."

He has authored four books: The Power of Love (2018); Following the Way of Jesus: Church's Teachings in a Changing World (2017); Songs My Grandma Sang (2015); and Crazy Christians:  A Call to Follow Jesus (2013). He was one of the subjects of In Conversation: Michael Curry and Barbara Harris by Fredrica Harris Thompsett (2017).

He has authored numerous publications including columns for the Huffington Post and the Baltimore Times.

In May of 2018, Presiding Bishop Curry was invited by Prince Harry and Meghan Markle to deliver the sermon at their wedding.  His passionate sermon on love thrust him into the spotlight achieving quick celebrity status, and appeared on numerous talk shows and news programs.  (ENS 05/21/18)

In December 2018, he officiated at President George H. W. Bush's funeral that took place at the Washington National Cathedral. 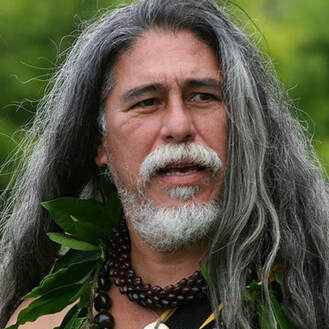 Kahu Kalani Souza is a gifted storyteller, singer, songwriter, film director/producer, poet, philosopher, priest, political satirist, peacemaker, mediator, and educator.  A Hawaiian practitioner and cross-cultural facilitator, he has experience in promoting social justice through conflict resolution. His workshops and lectures inspire, challenge and entertain the listener while calling all to be their greater selves.

He participated with The Department of Interior's (DOI) Native Network, a consortium of conflict resolution specialists with the Morris Udall Peace Center; consulted with the President’s Ocean Policy Task Force around the integration of indigenous knowledge and science; and collaborated in the conceptualization, planning, and implementation of the Pacific Risk Management ’Ohana, the Indigenous Knowledge and Environment Working Group, and NCAR/UCAR’s Rising Voices: Collaborative Science with Indigenous Knowledge for Climate Solutions.

Kahu Kalani is a recognized traditional practitioner of Native Hawaiian and Pacific Island culture and licensed to practice traditional religion and ceremony. He is Founding Executive Director of the Olohana Foundation, a nonprofit that works with coastal and indigenous communities to build capacity around food, energy, water, and knowledge systems. 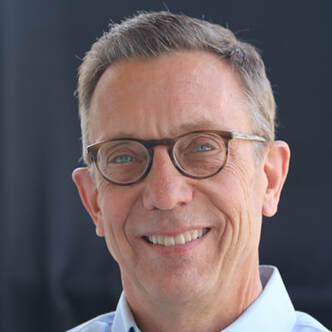 Since 2013, the Rev. Jay Sidebotham has served as Director of RenewalWorks, a ministry of Forward Movement. RenewalWorks seeks to build cultures of discipleship in Episcopal congregations, with a singular focus on spiritual growth among congregants. He also serves as Associate Rector at St. James, Wilmington, N.C. Previously, Jay served as rector in Illinois and North Carolina. He served as Vicar of St. Bartholomew’s in Manhattan, and as Associate Rector at St. Columba’s in Washington D.C. and St. Martin’s, Rhode Island. A graduate of Trinity College, Hartford and Union Seminary, New York, he was ordained to the diaconate in 1989 and to the priesthood in 1990.

Prior to seminary study, he worked in New York in animation, illustration and advertising. He appreciates the opportunity to produce cartoons for the wider church, describing the joys and challenges of parish ministry.  His light-hearted cartoons have appeared in numerous church publications, along many of his own books.  They are widely available online through Forward Movement, Church Publishing, Amazon and others booksellers.

​In his plenary address, Jay's topic is: "What we’re learning about the Episcopal Church through RenewalWorks: Spiritual Growth Opportunities for Reconciliation."

To learn more about RenewalWorks and to view a video interview between Sidebotham and the Presiding Bishop discussing RenewalWorks, click HERE. 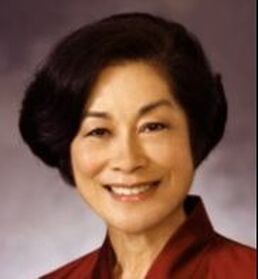 After graduating from the University of Washington in the early 70s with a degree in Communications,  Tanabe joined KOMO TV and became one of the first Asian-American women to anchor on the West Coast.  She continued to push boundaries with groundbreaking stories, and made history in Hawai'i when she moved to Honolulu three years later to work at KHON TV.  The year was 1974, when Tanabe became the first woman of Asian descent to co-anchor a newscast.  While at KHON, she broke one of the biggest crime stories in Hawaii:  a $380 million dollar Ponzi scheme that led to a CIA investigation.

In 1987, Tanabe joined Hill and Knowlton Hawai'i, then the state's largest and oldest public relations company. She was named president in 1992 and chief executive officer in 1993. She has counseled clients in Asia and the United States in the areas of cross-cultural communications, crisis and issues management, marketing communications, and news and presentation training. Tanabe received the John W. Hill Award for Excellence, the firm's highest recognition for outstanding client service.

In 2000, she founded Ho‛ākea Communications and continued holding key roles in the business community as a Director at Bank of Hawaii, and in the community as a founder of the Hawaii Institute for Public Affairs.  She remains actively involved in community and civic organizations, having served on numerous State boards and commissions and continues to receive accolades and awards for her work and service.
RENEWAL 2019 QUICK LINKS:
The Episcopal Diocese of Hawai'i | 229 Queen Emma Square | Honolulu, HI  96813
(808) 536-7776 | Fax: (808) 538-7194 | www.episcopalhawaii.org
Contact Webmaster | © 2021 The Episcopal Church in Hawai'i. All Rights Reserved.