Due to the surge in Omicron cases in the islands and especially on the island of Kaua'i, the Diocese of Hawai'i's Annual Clergy Retreat is now being held online for one-day only, Tuesday, January 25, 2022.
​
Our guest speaker will be the Rev. Mark Jefferson, Assistant Professor of Homiletics at Virginia Theological Seminary. (See further below for his bio.)

AIR TRAVEL: For those who have already made arrangements through Sharon Billingsley she will be cancelling your reservation. DO NOT call Hawaiian Airlines directly.

HOTEL RESERVATIONS: For those who made hotel reservations at the Sheraton Coconut Beach Resort, DO cancel your booking directly with the hotel.

​Because we will be meeting virtually, we have condensed our time together with Mark Jefferson, our presenter from Virginia Theological Seminary, to one day only on Tuesday, January 25: 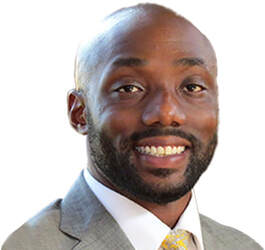 The Rev. Mark Andrew Jefferson, Ph.D., is Assistant Professor of Homiletics (Preaching) and the Associate Director of the Deep Calls to Deep Preaching Program at Virginia Theological Seminary.

​Before joining the VTS faculty in 2016, Mark was an adjunct professor at Pittsburgh Theological Seminary in Pittsburgh, PA, and previously taught at the Candler School of Theology at Emory University in Atlanta, GA.

​Dr. Jefferson’s preaching, scholarship, and engagement with popular culture outline his commitment to be a public theologian. The critical engagement of the American social imagination and African American socio-political enfranchisement and empowerment are areas of concentration for Dr. Jefferson’s life and work.

He is an emerging scholar interested in the ways that consciousness and imagination inform the practice of preaching. His dissertation titled “Beyond the Talented Tenth: W.E.B. Du Bois, the Hip-Hop Emcee, and the Reimagination of African American Homiletics” explores Du Bois’ advocacy of the “Talented Tenth” social imagination and its influence in the formation of black preachers and preaching. In his upcoming book, tentatively titled, The Mis-education of the African American Preacher, Dr. Jefferson extends the work of Carter G. Woodson and his critique of the educational and cultural formation of African American leaders, namely preachers, by arguing that they are being formed to ineffectively preach and connect with the black masses. Dr. Jefferson has also contributed to the African American Lectionary and the Academy of Preachers.  READ FULL BIO HERE
The Episcopal Diocese of Hawai'i | 229 Queen Emma Square | Honolulu, HI  96813
(808) 536-7776 | Fax: (808) 538-7194 | www.episcopalhawaii.org
Contact Webmaster | © 2022 The Episcopal Church in Hawai'i. All Rights Reserved.